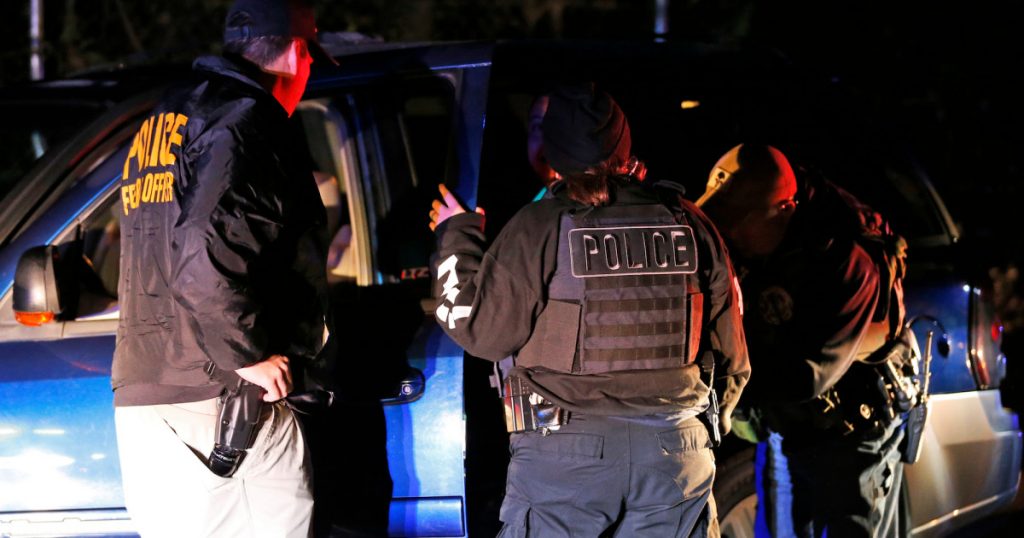 Immigration and Customs Enforcement agents detain a person during a raid in Richmond, Virginia, in October.Steve Helber/AP

The government is days away from another shutdown, but this time the impasse isn’t over a wall. Instead, Republicans and Democrats are split over a provision that’s both more obscure and far more relevant to hardships facing immigrants under President Donald Trump’s crackdown.
At issue is the number of undocumented immigrants who can be detained after being arrested by Immigration and Customs Enforcement away from the border. Democrats’ decision to fight that point—instead of just denying Trump his border wall money and claiming victory—highlights a new level of commitment to dismantling the deportation machine that both parties helped build.
Democrats are pushing to cap at 16,500 the number of immigrants who can be detained by ICE after being arrested in the “interior” of the country as opposed to blocked at the border. That’s roughly the number of those immigrants detained by ICE in the final months of the Obama administration, and lower than the approximately 20,800 current detainees arrested in the interior of the country, according to an ICE official who spoke to NBC News. As a result, a 16,500-person cap would likely limit the interior enforcement that has provoked outrage in immigrant communities and force ICE to arrest fewer nonviolent immigrants.
ICE was detaining more than 48,00 people in total as of Sunday. ICE detainees who are not arrested within the country are usually transferred to the agency’s custody after being stopped at the southern border by Customs and Border Protection. Unlike the people blocked at the border, immigrants arrested by ICE in the interior of the country have often been in the country for years or decades. Many have children who are US citizens and have no criminal histories, while others may have committed crimes decades ago. Their arrests are much more likely to disrupt immigrant communities and separate families than deportations of recent border crossers.
Trump tweeted on Sunday that Democrats had decided “all of a sudden” that they don’t want to “take murderers into custody.” That’s doubly misleading. As the Washington Post reported, Democrats have been demanding that ICE cut overall detention capacity and create the interior detention cap for at least two weeks. ICE would not have to let murderers go, either. The agency arrested 1,641 people convicted of homicide in the entire 2018 fiscal year. About two-thirds of people arrested by ICE have criminal convictions, but the four most common offenses in the previous fiscal year were DUIs, drug charges, other traffic offenses, and immigration violations. ICE has reportedly refused to tell Democrats in Congress how many of the 20,800 detainees arrested in the interior of the country are actually dangerous criminals.
The Trump administration wants funding for 52,000 detention beds, up from 40,520 today. Democrats, meanwhile, are trying to cut funding to about 35,500 total detention beds. But these numbers are less meaningful because ICE has effectively ignored congressional funding limits. ICE is now detaining roughly 8,000 more people than Congress provided funding for. The Department of Homeland Security has helped cover the difference by transferring money to ICE from other DHS agencies, include the Federal Emergency Management Agency. Mary Small, the policy director at the Detention Watch Network, says the funding trick is part of a yearslong pattern of overspending by ICE. She would prefer to see Congress limit DHS’s ability to transfer detention money to ICE, which she sees as the more fundamental problem, rather than insisting on a 16,500-person cap.
Democrats appear on track to block Trump from getting the full $5.7 billion in border wall funding he has requested; instead, if it can reach a compromise, Congress is likely to allocate between $1.3 and $2 billion for border barriers. But the wall expansion is far less important than Trump’s rhetoric suggests. Unlike detention beds, it is not essential to DHS’s immigration enforcement agenda. Democrats’ attempt to limit ICE’s deportation machine shows an increased willingness to stop both the symbolism and substance of Trump’s attacks on immigrants.
“It’s an ‘if you build it they will come’ kind of scenario,” Small says. “I think folks are really beginning to realize that…the existence of the machine puts communities nationwide at increased threat.” 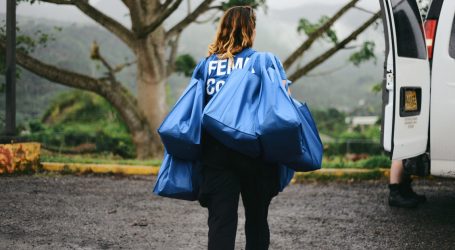 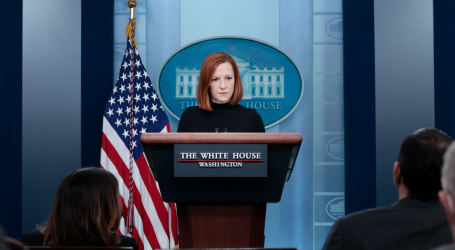 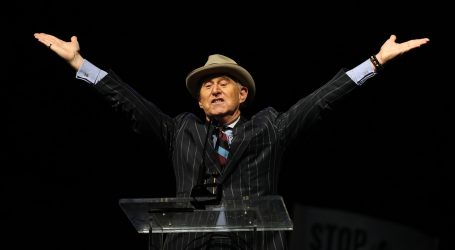