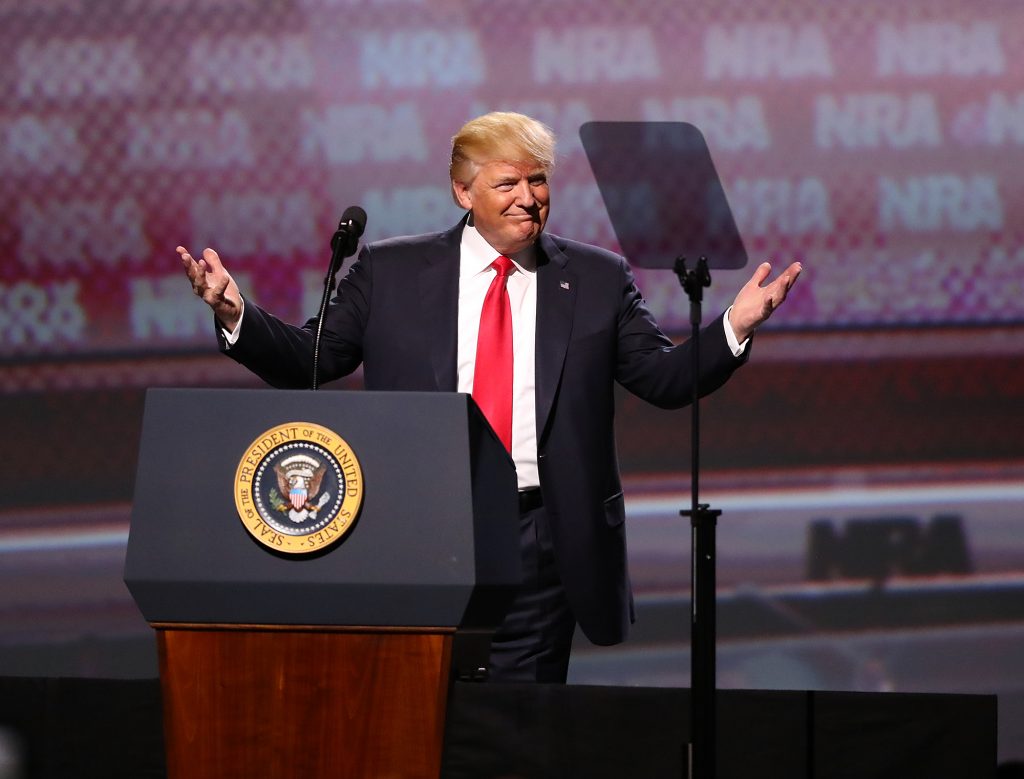 Earlier this week, CBS’ “Sunday Morning” had a brief montage of four Americans passing judgment on President Donald Trump’s first 100 days in office. Each wrote a letter. Snippets were pieced together.

Leo Smith of Smyrna, in charge of minority participation for the Georgia Republican party, was one of the quartet. The CBS video shows Smith giving Trump an “A” for disruption, but his letter was more nuanced. And much longer. Watch it here:

But in our judgment, this was Smith’s best paragraph:

A final word again about your tenor and tone.  Your first 100 days has been a reshaping of American vision.  You are like the flawed folk hero in a storied composition.  We the people who believe in your vision of America seek the meat of your execution and discard the elements that aid your storytelling. We want less “Casey at the Bat” and more Hank Aaron. We are now more interested in the engine of the car and less so the flamboyance of the driver. Deliver the pizza, sir. Americans are hungry.

But judge for yourself. Here’s Smith’s entire letter:

I am Leo Smith from Smyrna, Georgia.  I am a businessman and an activist with the Georgia Republican Party.  And I voted for you.

I still believe.  I am however writing to grade you A-F on your first 100 days of the Presidency on matters important to me.

At the top of my list during the 2016 was the need for a candidate who would disrupt the status quo.  We needed to wake Americans up to the reality of our complacency and floundering greatness. Judging by the number of political pundits and foreign heads of state complaining about your lack of predictability and colorful twitter feed, I’d say we woke people up.  Folks are engaged like never before.  Well done. A-plus!

But before you get carried away I want to point out that while your NBA on court style bombastic tongue wagging is good for letting folks know its game on, your governance will be judged by your assists and scoring.  We need you to take some legislation to the hoop.  Your leadership will now be measured by your ability to assist Paul Ryan, Tom Price and Congress in getting things done.

The pop quiz of repealing and replacing Obamacare is sadly an F.  Your study group worked poorly together and now the final exam depends on your leadership to steer the Affordable Care Act into the realm of reasonable provision and not political propaganda and pandering. In fairness, you did at least present a plan so I am open to an appeal.

Here are some tips for your re-write of the health care plan.

Please look for other low-hanging fruit methods to give affordable care to more Americans. Providing incentives to faith-based and charitable medical providers and their donors should be a highlight of your plan. Tax exemption legislation for charity clinics is within your immediate reach. And in these days of live chat, telemedicine is a cheaper way to advise and counsel the poor about preventive health and treatment. These items will help you recover from a disappointing start on Obamacare.

And yet, Mr. President your leadership still resonates with relevance.  Pre-Trump, my 9-year-old son’s aspirant life vision was only matched by his occasional distress about the state of his future as an American.   As he learned more about America and the world, he became more and more worried about his safety. He became more and more concerned that spartan family finances would force me into sending him to a low performing, indifferent, and culturally challenging place of learning.

My son Luke has the audacity to dream beyond hope.  He wants to be a builder, a maker and an innovator, along with a side gig as a professional baseball player.  He didn’t see how enduring Spanish in a math class at an American public school would help with the skill sets he needs.  Your attention is needed in addressing schools where English-speaking students have subject time curtailed by the reality that many in the  student body cannot understand classes taught in English.  We embrace legal immigration, but not at the expense of academic progress.  For that reason, we sacrifice greatly to send our children to a private school where diversity is celebrated but learning is not subject to the whims of globalism.

Your edification of putting “American’s First,” even if only by executive orders, bring us at least to the point of hoping.  For that you deserve a B.  A grade of A is possible once Congress backs you by legislating support and the financing of school choice for middle to low income parents like myself, staying tough on foreign affairs and national defense (A so far), and putting us to work.

You get an A for stimulating market confidence but we need lower and middle class jobs. From I-85 in Atlanta, to cities that need a second airport, implementing your infrastructure plan should endeavor to supply jobs for the general employment seeker to ex-offenders and veterans.   As a government agency your administration can set the example on how states can lead this effort. Deregulation and lifting non-essential licensing restrictions are easy fixes that enhance the chance for more Americans to be employed. We need the dignity of work. We need you to demand that Congress acts with innovation and effectiveness in job creating initiatives.  You’ve been slow to follow the example of Governor Nathan Deal’s cost-saving, people-building, criminal justice reforms in Georgia.  For that, I am giving you an “I” for incomplete.  You’ve turned in nothing to grade.

– Turning liberals Into constitutionalists – A plus.  You confirmed a Supreme Court Justice and renewed progressive activist interest in our founding principles.

A final word again about your tenor and tone.  Your first 100 days has been a reshaping of American vision.  You are like the flawed folk hero in a storied composition.  We the people who believe in your vision of America seek the meat of your execution and discard the elements that aid your storytelling. We want less “Casey at the Bat” and more Hank Aaron. We are now more interested in the engine of the car and less so the flamboyance of the driver. Deliver the pizza, sir.  Americans are hungry.

Thank you for being an “American” President!

Ut Prosim (That I may serve), 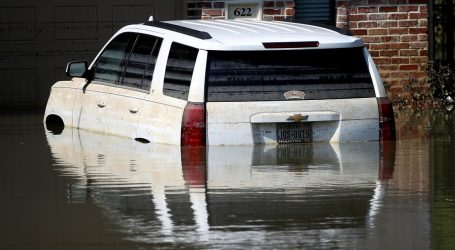 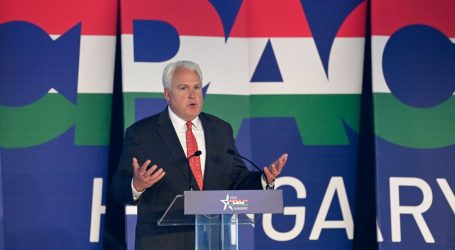