Black Politics
11 hours ago-My Daughter Ran. My Father Was Shot. I’ll Never Forget the Strangers Who Helped Us.
11 hours ago-If Republicans Retake Congress In November, Here’s What Their Agenda Will Look Like
11 hours ago-Wendy Davis Reflects on the End of Roe Nearly a Decade After Her Iconic Filibuster
1 days ago-When Abortion Was Illegal, Adoption Was a Cruel Industry. Are We Returning to Those Days?
3 days ago-Non-Mexican Migrants Awaiting US Hearing Must Stay in Mexico—for Now
Publishers Corner 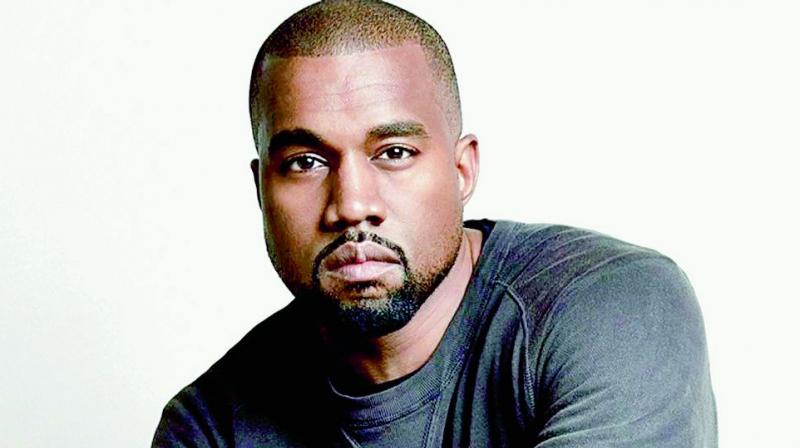 Black fathers have been fighting the courts for a place in their children’s lives for a long time. Kanye West is certainly not the first or the last Black man to fight the courts to gain access to his kids. In a society that perceives Black fathers as absentees, one would naturally assume any mother would be ecstatic to have her kids’ father around.

Unfortunately, this is not the case for West, who is vocal about parental disagreements with his wife, tv personality, and reality star Kim Kardashian regarding how to raise their children in today’s society. West has made it clear that he wants nothing but the best for his children:

“Hey everybody, I just got off the phone with Kim; I told her to stop antagonizing me with this TikTok thing. I said it’s never again. I am her father; I know y’all don’t respect fathers and the idea of family… I said I’m not allowing my daughter to be used by TikTok, to be used by Disney — I have a say so.”

Seeing as they are children of a Black celebrity, he does not want Tik Tok, Disney, or anyone else to benefit or capitalize on them. It’s no secret that America has helped from Black bodies for years; according to the West, it is the father’s responsibility to protect them.

America obsesses over the Kardashian family’s high-class lifestyle, enabling the clan to monetize and benefit from Black culture. From Kim’s boxer braids and curvy hips to Kylie’s wig collection and lip injections, blackfishing has helped establish, build, and expand the Kardashian brand with mom manager Kris Jenner as the family head.

“I told y’all before about this tik tok stuff Now my eight-year-old on here singing she fell in love with an emo girl Leftist don’t want fathers to have no say in our children’s lives I don’t want my kids at godless Sierra Canyon school I got a voice and I’m not having this… I’m a real person who wants the best for my children.”

So far, Candace Owens has been the only public figure to support West publicly in this matter, stating how Kim was wrong for this. “The psychological effects of social media on young girls is real and documented. Kanye is trying to protect his daughter in this regard, and Kim is spinning this as ‘obsession’ and ‘control.’ There are other creative outlets for kids…there is no eight-year-old in the world that needs social media. Go color.”

Given West’s mental history, other celebs have come forward to criticize the rapper’s antics. Often, what one would consider concerned parenting is viewed as possessive or controlling by an ex. Kim would call West’s actions as wanting to control the narrative.

“I think that I’ve watched too many times when things like that happened and a woman or somebody is not believed. And then things escalate. He is stalking her. You may think it’s cute. If it were my daughter, I’d do something about it. I don’t think it’s funny. I think that you can’t write a beat so good that you get to do these things,” said DL Highly. “The difference between him and a restraining order is about 20 hits and a couple of hundred million dollars.”

However, when it comes to co-parenting and custody agreements, 50/50 does not exist, and fifty percent of all mothers saw no value in fathers’ custody rights (children justice org). If a father wants any relationship with his children, he must go through the child’s mother and the courts. The restricted access many Black fathers have to their kids stems from the mother and court not allowing them to plan an active role in their children’s lives.

No different from the cradle to prison pipeline, this standardized system weakens the Black man and threatens the Black family structure in America.