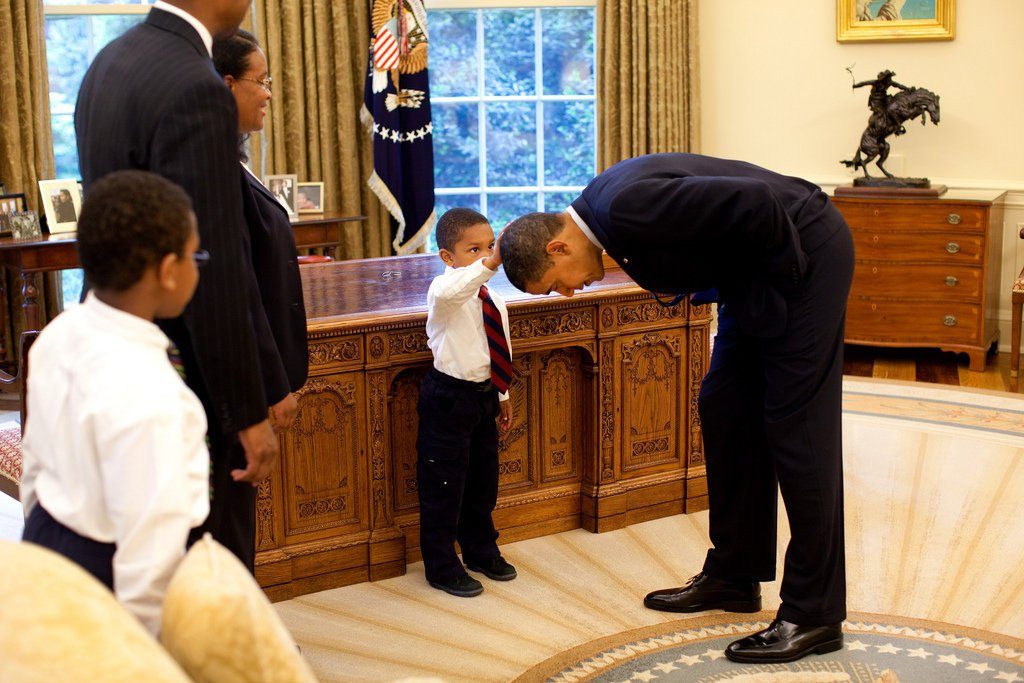 Jacob Philadelphia’s barber once told him he had the same hair as President Barack Obama.

“At that point, the barber probably didn’t think too much of it, but then, I wanted to see if our hair was the same,” Jacob tells theGrio.com in a recent interview.

And, remarkably, Jacob would have the chance to get his answer.

Carlton Philadelphia, Jacob’s father, was serving as the Executive Assistant to the Deputy National Security Advisor for the Bush administration. He was set to leave his position roughly six months into the presidency.

It’s a tradition that White House staffers departing take a picture with the president, so Carlton brought his then five-year-old son Jacob and other family along.

It turns out his barber was right.

What Jacob and his father didn’t realize is that his farewell to the White House would be documented for the world to see. The White House placed the picture on its official website, and it went viral and stayed on the White House website during the entire Obama administration.

“The president’s photographer took a series of photos when we were in there meeting with him, and this one just so happened to resonate with people,” Carlton says proudly.

Pete Souza, the White House photographer at the time, told the New York Times in 2012:

That [photo] became an instant favorite of the staff. I think people are struck by the fact that the president of the United States was willing to bend down and let a little boy feel his head.

For Jacob, the photo is more than just a picture with the president.

“I would usually look at the picture when I’m a little bit sad to just remind myself that life always will go on,” Jacob says. “I will try to do it the right way.”

A large portrait of the exchange is hung up at his house in Falls Church, Virginia. When the viral moment happened, Jacob didn’t fully understand who Obama was. He thought he was just one of his dad’s buddies.

“I thought that he didn’t have that much power, he was just some ordinary person,” Jacob laughs. “Now I actually realize that he was the President of the United States, one of the most powerful men in the world.”

“I mean it just showed the humility of President Obama,” Carlton said. “You got the innocence of a five-year-old there and here’s the most powerful man in the world bending over [so a boy] could touch his head. Here is power and innocence and humility all wrapped up in this photo.”

Jacob is now in seventh grade. He says he’s not really into politics but hasn’t ruled out one day running for president himself.

In the meantime, he’s fine with having met the first African-American president.

“I was very lucky to actually meet [President Obama],” Jacob said. “I actually became famous for something that I didn’t even know would ever happen.”

Ashantai Hathaway is a reporter at theGrio. Keep up with her on Twitter @AshantaiH 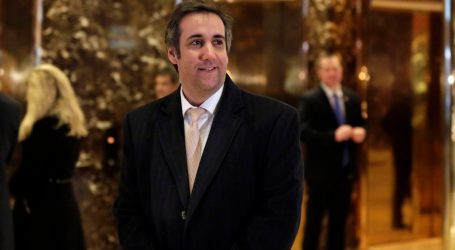 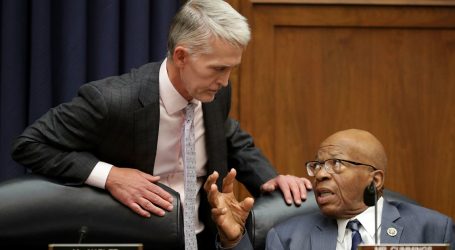 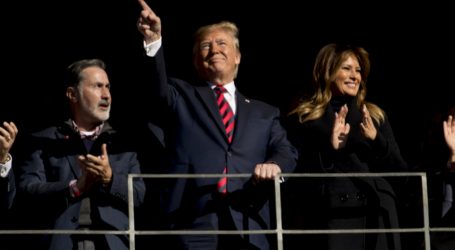