Strategically placing themselves at the front of the crowd, youth activist Ashley Williams, accompanied by a colleague, held a sign that displayed Clinton’s previous comments in an effort to “bring her to confront her own words,” Williams later told the Huffington Post.

Williams, who said she and the unidentified colleague contributed $500 to attend the private event, chose to hold up a white sign with the words “We have to bring them to heel,” displayed in bold letters. The quote came from statements Clinton made in 1996 about at-risk youth, the Post reports.

Watch Roland Martin and the NewsOne Now panel discuss the #BlackLivesMatter activists confronting Hillary Clinton during a private fundraiser in the video clip below.

Shortly after the disruption, Williams asked Clinton to apologize for her role in the mass incarceration of Black people.

“I’m not a super predator,” Williams said. “Can you apologize to Black people for mass incarceration?”

“Okay, fine, we’ll talk about it,” Clinton said while Williams continued. “Well, can I talk? Then you can listen to what I have to say.”

“I know that you called Black people super predators in 1994. Please explain to us,” Williams said while many in the audience yelled at the activist, saying the demonstration was “rude” and “inappropriate.”

Williams, whose demonstration comes just three days before the South Carolina primary, was escorted out of the event by the Secret Service.

Williams, who is from Charlotte, North Carolina, said she was motivated to protest because policies during President Bill Clinton’s administration led to an increase in mass incarceration that mostly affected black communities. She pointed to three-strike federal sentencing laws, the elimination of rehabilitative programs for drug abuse and an emphasis on prison construction as part of the destructive Clinton legacy on crime.

Clinton has distanced herself from these policies and recently issued a detailed agenda on racial justice. But Williams wants more.

“Hillary Clinton has a pattern of throwing the Black community under the bus when it serves her politically,” Williams said in a statement before the event. “She called our boys ‘super-predators’ in ’96, then she race-baited when running against Obama in ‘08, now she’s a lifelong civil rights activist. I just want to know which Hillary is running for President, the one from ’96, ’08, or the new Hillary?”

Ironically, speakers who addressed the crowd of about 100 before introducing the presidential hopeful discussed the killing of Walter Scott — an unarmed Black man who was fatally shot by a White police officer last year — and Clinton’s racial justice record.

Clinton’s campaign has yet to respond to the demonstration. 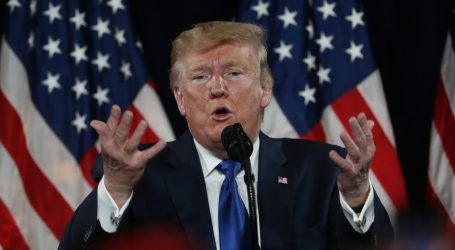 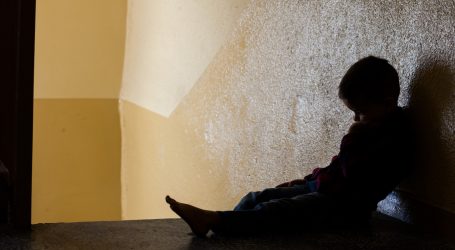