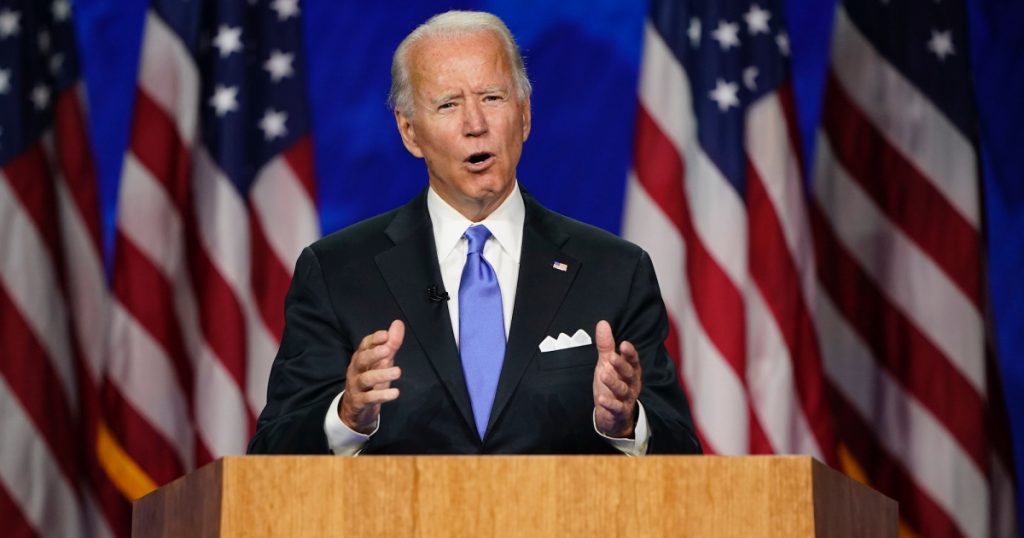 For indispensable reporting on the coronavirus crisis and more, subscribe to Mother Jones’ newsletters.On Thursday, Joe Biden achieved a feat 33 years in the making: He accepted the Democratic nomination for president of the United States. It surely wasn’t the scene Biden had envisioned. The former vice president marked the occasion in an empty convention hall, facing just about 30 members of the press as an audience.
But both Biden’s long, tragic journey to the Democratic nomination and the circumstances under which he accepted it gave power to his point: In his speech, Biden spoke to his empathy, forged in personal grief, offering his sharpest contrast to President Trump’s bullying behavior.
Over the course of 25 minutes, Biden touched on every theme he’s traced in the arc of his run for the White House. He made the moral pitch on which he launched his campaign, telling voters that Trump had “cloaked American in darkness for far too long” and that this election is about “winning the heart and soul of America.” He made a plea for bipartisanship—that America isn’t just a country “of clashing interests, or red states and blue states.” He harked back to Franklin Delano Roosevelt, a Democratic president who inherited daunting economic circumstances and whose New Deal Biden has promised to emulate if he inherits the pandemic and its devastating economic and human consequences from Trump.
But Biden made his most compelling case when he moved away from grandiose declarations of morality, his place in history, and even the various specific plans he laid out to return the country to even footing. It was when he talked about his own personal experience with grief—something so many families are feeling amid the deaths of more than 174,000 Americans from COVID-19.

“I know how it feels to lose someone you love,” Biden said, an unspoken reference to the tragic, untimely deaths of his first wife, infant daughter, and son Beau.  “I know that deep black hole that opens up in your chest. That you feel your whole being is sucked into it. I know how mean and cruel and unfair life can be sometimes.”
From pain, Biden learned two things. “First, your loved ones may have left this Earth but they never leave your heart,” Biden said. “And second, I found the best way through pain and loss and grief is to find purpose.”
Biden also recalled an adage from his father, as he often does in campaign speeches, one that spoke to the need for an empathetic government. “Joey, I don’t expect the government to solve my problems,” he said, “but I sure as hell expect them to understand them.”
Biden would go on to the name the ways in which Trump failed to show empathy throughout his presidency—by defending white supremacists in Charlottesville, by stoking divisiveness in the face of racial injustice, by letting a pandemic rage as it kills tens of thousands of Americans. Biden made the contrast clear: He’ll be an empathetic leader, Trump will be a bully.
“Love is more powerful than hate,” Biden said. “Hope is more powerful than fear. And light is more powerful than dark. This is our moment. This is our mission.”

“This is our moment to make hope and history rhyme,” @JoeBiden said at the climax of his Thursday night #DNC2020 speech, outlining a campaign that he called a battle for the soul of the nation. “This is a battle we will win, and we’ll do it together.” pic.twitter.com/axScoUWDQ6
— Mother Jones (@MotherJones) August 21, 2020 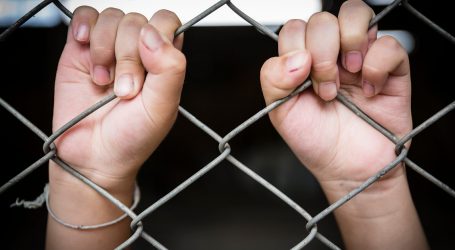