Hours after Donald Trump nominated Ben Carson as Secretary of the Department of Housing and Urban Development, the former Republican presidential candidate and retired neurosurgeon accepted the position, according to a tweet by Dan Scavino, a senior adviser and director of social media for the President-elect.

“I am honored to accept the opportunity to serve our country in the Trump administration,” read the tweet, attributed to Carson, at the Trump Tower Atrium, his New York offices.

“I am honored to accept the opportunity to serve our country in the Trump administration."
Dr. Ben Carson pic.twitter.com/vTFFLVyLAF

About an hour before the confirmation, Trump tweeted that he was “thrilled to nominate” Carson for the job, and released a statement on Facebook saying that “Ben Carson has a brilliant mind and is passionate about strengthening communities and families within those communities. We have talked at length about my urban renewal agenda and our message of economic revival, very much including our inner cities.”

I am thrilled to nominate Dr. @RealBenCarson as our next Secretary of the US Dept. of Housing and Urban Development: https://t.co/zYGi8fGnL5 pic.twitter.com/1D9NXlHc2b

“Ben shares my optimism about the future of our country and is part of ensuring that this is a presidency representing all Americans,” he added. “He is a tough competitor and never gives up.” Previously, Carson had turned down a cabinet position in the Trump administration.

The 65-year-old retired neurosurgeon will now oversee an agency with a $47 billion budget, and he has made it clear that he opposes government intervention in long-entrenched issues of inequality including segregation in housing and schools, calling it “social engineering.” He stressed in his autobiography that individual effort, not government programs, is the key to overcoming poverty.

The New York Times reports that he has no expertise in housing policy, but he did spend part of his childhood in public housing, said a close friend, Armstrong Williams (is that like, “I’m not a doctor but spent the night at a Holiday Inn?”).

Many are not thrilled with the appointment, saying Carson has absolutely no government experience nor has he run a large bureaucracy. They sounded off on Twitter.

Ben Carson is in no way imaginable qualified to be HUD secretary—or for that matter, ANY high gov't office. Does Trump think this is a game?

Ben Carson is the new Secretary of Housing & Urban Development. Because if there's one thing surgeons know, it's housing development.

Ben Carson was a great surgeon! He'll be a great secretary of HUD! Now if you'll excuse me, my land lord is about to perform my vasectomy.

Also…if I see one more piece about how #BenCarson grew up in poverty & that in some way that qualifies him for HUD I'm going to scream.

But others, like President Obama’s estranged brother Malik Obama, say it’s all good.

Come on people! Dr.Ben Carson stood with Mr.Trump through thick and thin. He is a good man. We must support him.

What do you think about Carson’s appointment? Let us know your thoughts in comments. 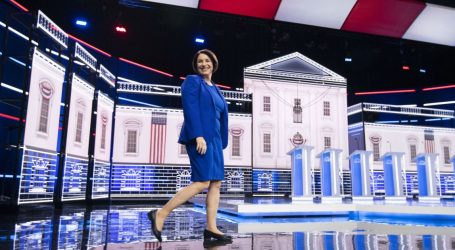