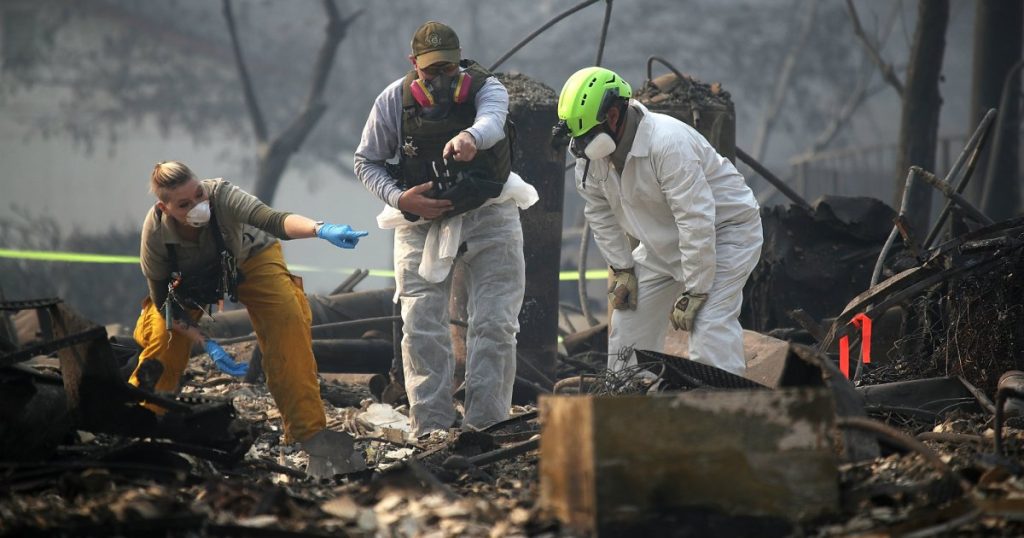 This story was originally published by Wired and appears here as part of the Climate Desk collaboration.
California continues to take stock of its unprecedented conflagrations—between the Camp Fire in the north, which on its own is the deadliest and most destructive fire in California history, and the Woolsey Fire in the south, 82 lives have been lost so far, with hundreds more still missing.
As firefighters keep battling the blazes, a new menace is emerging: debris flows. The rains are coming to California, as soon as Tuesday night, and the fires have primed the soil for another disaster that can claim yet more lives.
The coastal town of Montecito, in Southern California, learned this lesson less than a year ago. Last December, the massive Thomas Fire burned through the hills, right up to the edges of town. Thanks to the community’s comprehensive fire preparedness plan, only 7 homes were lost. But a month later, the scorched hills outside of town let loose a storm-driven debris flow that enveloped the town, killing 21.
The problem is a fundamental change to the soil itself. When a wildfire burns vegetation, it releases organic compounds. “These compounds are heated in the fire, volatilize, and then re-condense on soil particles,” says Brian Ebel, a hydrologist with the USGS.
This soil normally absorbs water, but the organic compounds turn it hydrophobic, literally meaning “fear of water.” It is not an understatement: You can pour a bottle of water on this burned soil and it’ll bead right off, as if the dirt were polished marble. The water will pool up and sit there, and it can take more than an hour for it to penetrate fire-scorched soil, says Ebel.

Problem number two: vegetation anchors the soil. When fire burns it away, the soil loosens. “You can think of vegetation as a protective blanket,” says Jason Kean, a hydrologist at the USGS. Without it, sediment has nothing to hold it in place. “Before there’s even rain, debris can roll down the hill and accumulate in channels.”
Now hydrologists and meteorologists are keeping a close eye on communities that butt up against these latest fires, where the conditions are set for catastrophic debris flows when the rain comes. “Once it starts raining hard on a burn area, the things can get generated really fast, like five minutes,” says Kean.
The debris flow can carry boulders and trees along with mud, making it more dangerous than a regular flood or a dry landslide. “When you mobilize them—keep them mobile with this muddy matrix in between them—they can go 3 kilometers,” says Kean. The video below shows just how easily the flow tosses boulders around.

Boulders can also act like a moving dam, retarding the flow. “So you get this surging behavior, where these things are holding back a whole bunch of flow behind it,” adds Kean. “It really makes the flow depth increase several times what you’d get in a water-only flood.” The Montecito debris flow got to be 30 feet deep at points, lodging boulders in trees. Humans are powerless to stop it—sandbags just become more debris for the flow.
But it can be predicted, giving residents a chance to evacuate. The work begins as soon as a wildfire’s smoke clears enough for satellites to get a good look at how badly areas have burned. This information is relayed to scientists on the ground, who enter those burned regions as soon as it’s safe.
The greatest risk of debris flow is in the zones that burned the most intensely, and scientists spend two or three days wandering the fire perimeter taking soil samples. “That involves testing the hydrophobicity of the soil, the water repellency,” says Eric Huff, staff chief of Cal Fire’s Forest Practice Program, “and actually getting down on hands and knees and looking at what that surface soil layer is showing, whether or not organic matter has been completely burned off.”
Kean and his colleagues then compare this data to their understanding of where debris flows have let loose in the area historically, building a map that captures the probability and potential volume of a debris flow. They also identify “values at risk”—human life and structures that may be in danger.
With all this data in mind, they can calculate how much rain you would need to potentially let loose a debris flow for different regions of the map. Often half an inch of rain in an hour is enough to kick one off, or as little as five minutes of heavy rain. “It’s kind of a run-of-the-mill storm,” says Kean. “It’s heavy rain, but it’s not particularly exceptional.”
So the National Weather Service carefully watches storms as they head into California. (Unfortunately, with climate change, California may see fewer yet more intense storms going forward.) As the rain approaches the coast, officials can send out wireless alerts, like you would get for an Amber alert, as well as warnings on TV and radio.
Which brings us back to the Montecito disaster. Forecasters saw the storm coming, predicting it would drop an inch and a half of rain an hour. “What we saw in reality that night was a 30-minute heavy rain that moved through that area,” says Eric Boldt, a warning coordination meteorologist at the National Weather Service. “It was closer to six and a half inches per hour. And there’s no computer models that exist today that can predict that type of rate.”
Officials had put voluntary evacuation orders in place, but not everyone heeded the advice. This was just after the Thomas Fire, after all. “They had just been evacuated for two or three weeks over the holiday season,” says Boldt. “They were just getting comfortable back in their homes and they didn’t want to leave again.”
If you haven’t cleared out in time and the flow comes, the recommendation is to shelter in place—moving to the upper story of your house, for instance. Out on the streets is exactly where you don’t want to be, as the flow follows those paths. “We’ve even seen people, if they were able to get up on their countertops in their kitchen, the mud came up to about that level,” says Boldt. “It’s a different way of thinking about the impact because it’s not the same as a flash flood.” With a flash flood, you can see a river swelling and move to higher ground. Flee up a hill just before a debris flow, though, and that ground could kill you.
The debris flow risk can persist for up to five years after a wildfire. So residents whose homes narrowly survived a wildfire may not realize they’re in danger of the surrounding hills for longer than a year. But the danger is most certainly there.
It’s a brutal consideration for those trying to recover from the Camp and Woolsey fires, but it’s also an extremely important one. A menace begets another menace. 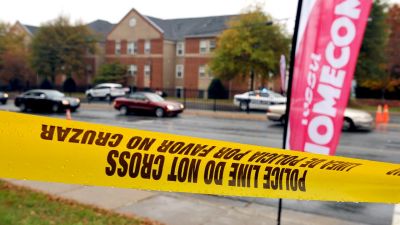 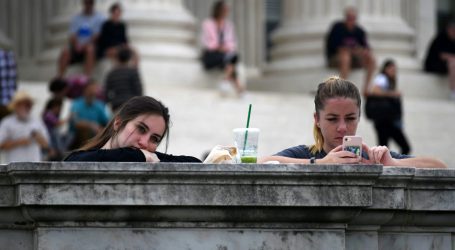