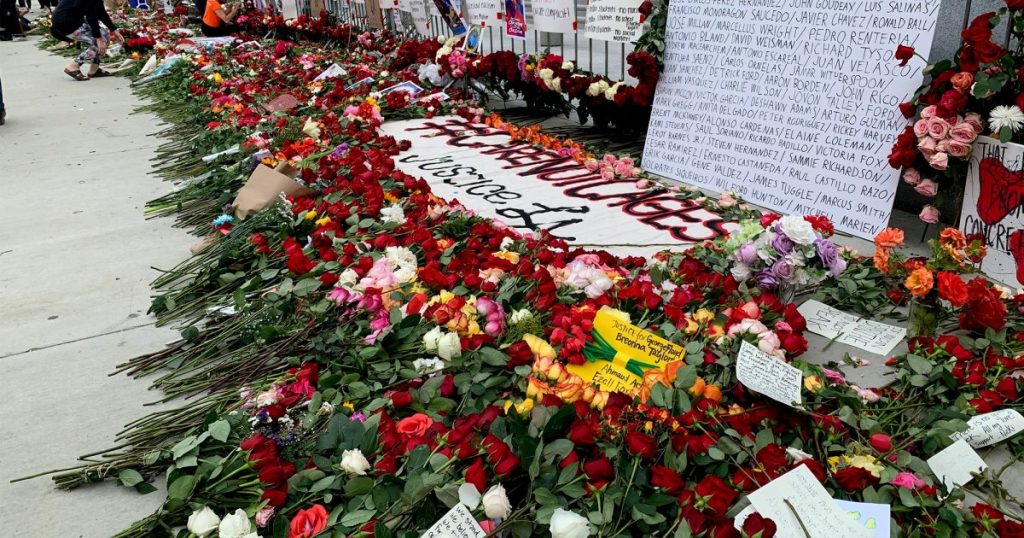 For indispensable reporting on the coronavirus crisis and more, subscribe to Mother Jones’ newsletters.Thousands of flowers covered the sidewalk outside Los Angeles’ Hall of Justice on Friday to represent the lives lost at the hands of law enforcement. The vigil, organized by Justice LA, honored those who have been killed by police, died in jail, died from COVID-19 while in custody, and for the 12,000 people “caged in Los Angeles jails.”
Under a cloudy sky, hundreds of people brought flowers and placed them on the sidewalk, mostly in silence. Down the street a peaceful Black Lives Matter protest had been going on for a few hours, but the memorial was somber: no chants, no music. People hugged and held each other. Some stood quietly, others wept.
Tauheedah ShakurFernanda Echavarri / Mother JonesTauheedah Shakur, 24, brought a bouquet of roses. As she laid them down on the sidewalk, she “wished we didn’t have to gather to mourn another life lost.” Shakur has been a criminal justice organizer in Los Angeles for more than a decade and has “never seen anything this beautiful,” she says. “With people from all over walks of life and from different backgrounds, coming together” something feels different.
“I’m here because I have a brother and being afraid for his life is traumatizing,” Shakur says. “I’m here because I have fight in my blood. I’m here to hold the police accountable at all times. I’m here because LA is my home and I refuse to feel unsafe in my home and I refuse to let police continue terrorizing Black communities.”
Shakur is from South Central LA and as a poet, she says she wants to write more about police brutality. “Tupac would be so proud,” to see the support at this memorial, she said of the late rapper whose book and song titled The Rose that Grew From Concrete drew obvious connections to the vigil. “The Rose that Grew From Concrete is so poetic, and this is such a poetic way to resists what’s going on.”
After speaking with Shakur, I noticed a young Black man who stopped to see the memorial and then walked across the street to pick a white flower from the rose bushes at the nearby courthouse. He came back and placed it by the signs that celebrated what would’ve been the birthday of Breonna Taylor, a 26-year-old woman gunned down by police in her Louisville home on March 13. “I wanted to pay my respects and show a little love for Breonna,” he told me, adding that he didn’t want to provide his name.
Jocelyn Morales, 23, was there with her family and brought flowers to show solidarity and stand in unity with the Black Lives Matter moment. “When I placed the flower down I thought of all the beauty that has risen from people like us.” She also referenced back to the Tupac song and said, “Black and Brown people have battled injustices here in Los Angeles and have grown to be beautiful.”
Helen JonesFernanda Echavarri / Mother JonesHelen Jones, 55, brought flowers in support of other mothers and families who are grieving. “I’m also a mother of a child that was murdered,” Jones said. “My son was beat to death in 2009 in the men’s central jail and I’ve been trying to file charges against the officers who beat him to death while he was in solitary confinement.”
Standing at the memorial, Jones was “reminded of the pain I’m going through, and what all these other mothers and family members are going through.” This memorial feels different from other protests she’s attended over the last week, Jones told me. “This time we’re in front of Jackie Lacey‘s office (LA’s District Attorney) who refuses to prosecute any officer no matter the evidence…we’re here letting her see the pain.” 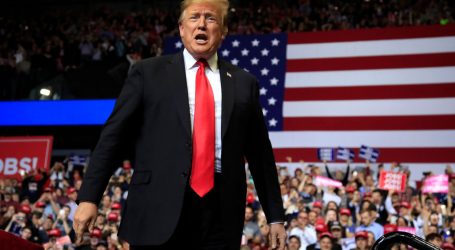