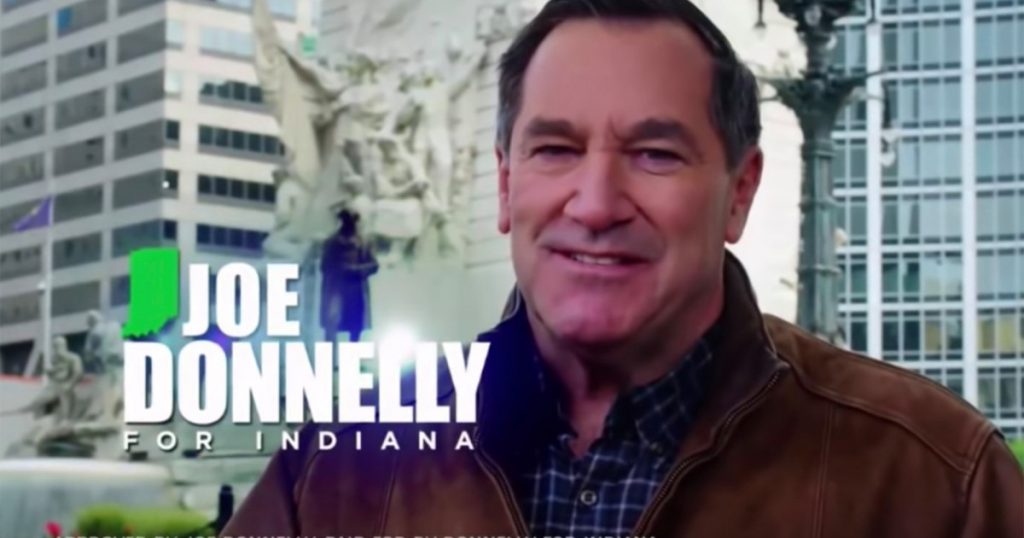 The latest ad in Indiana’s competitive Senate race features promises to fund President Trump’s border wall, oppose “socialized medicine,” and thwart the plans of “radical leftists” who want to abolish Immigrations and Customs Enforcement.
These are all common talking points for Republicans—but the catch here is that the candidate running the ad is a Democrat, Sen. Joe Donnelly.
Donnelly, a Democratic incumbent in a state that went for Trump by 19 points in 2016, is in a delicate position as he tries to hold off a challenge from Republican businessman Mike Braun. Though the senator has been stressing his bipartisan credentials all year, the ad attracted some attention on social media for being one of Donnelly’s more blatant attempts to side with President Trump and win over Republican voters.

The video opens with clips of Medicare for All protesters, as a voiceover ominously warns that “socialists want to turn healthcare over to the government.” “Over my dead body,” Donnelly says. He later declares, “I support ICE” and and touts his support for military spending. He closes by quoting President Ronald Reagan’s mantra: “Peace through strength.”
The ad is Donnelly’s latest effort to emphasize his independence in order to hang on to his seat. “I don’t work for any political party,” he said in another video earlier this year. “I’m the hired help.” He often mentions that he’s voted with President Trump 62 percent of the time. And though several other red state incumbents have tried to take a tough stance on immigration, it’s still relatively unusual for a Democrat to say outright that they support funding Trump’s border wall.
Though Donnelly has mostly tried to distance himself from his party, Braun used the candidates’ first debate last week to attack the senator for voting against the confirmation of Supreme Court Justice Brett Kavanaugh. Unsurprisingly, the candidates spent much of the debate competing to see who could be more pro-Trump.
The latest polls show Donnelly and Braun in a dead heat. 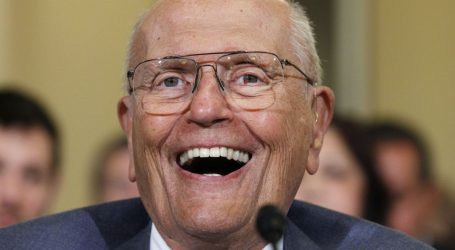 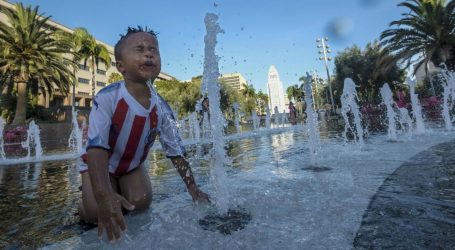 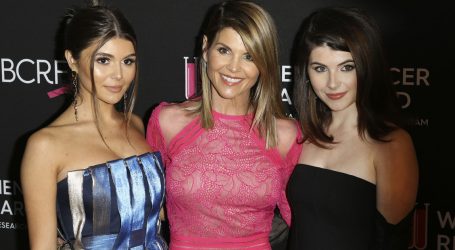