Black Politics
11 hours ago-My Daughter Ran. My Father Was Shot. I’ll Never Forget the Strangers Who Helped Us.
11 hours ago-If Republicans Retake Congress In November, Here’s What Their Agenda Will Look Like
11 hours ago-Wendy Davis Reflects on the End of Roe Nearly a Decade After Her Iconic Filibuster
1 days ago-When Abortion Was Illegal, Adoption Was a Cruel Industry. Are We Returning to Those Days?
3 days ago-Non-Mexican Migrants Awaiting US Hearing Must Stay in Mexico—for Now
Black Politics
June 28, 2017
Author:

The biggest change in the landscape of Atlanta  that’s been seen in generations just hit. From the Emory University press release:

Emory University filed a petition on Tuesday, June 27, to annex into the City of Atlanta. The university, including its health care facilities on the Druid Hills campus, will remain in DeKalb County, and upon approval of the petition, will also be part of the City of Atlanta.

Emory has built affiliations and community engagements that span DeKalb County and the City of Atlanta. For example, Emory’s operations include several hospitals and clinics in DeKalb County and one in the City of Atlanta––Emory University Hospital Midtown. In addition to Emory’s longstanding civic and community engagement in DeKalb County, the university’s strong partnerships with Georgia Institute of Technology, Georgia State University, the Morehouse School of Medicine and Grady Memorial Hospital, as well as its investment in arts, culture and scholarship in Atlanta, continue to grow.

According to Emory President Claire E. Sterk, annexation into Atlanta will complement the university’s commitment to local, and thereby global, engagement, while continuing to contribute to both jurisdictions.

“We are enriched by our relationships with the county and the city as well as the larger region and the state and look forward to building upon our commitment to community involvement, academic excellence, innovation and entrepreneurship,” says Sterk.

Next steps in the process include the city’s regular public meeting process for annexations. It is expected that the annexation will be effective in the fall of this year.

Why is this important, you ask? The answer is MARTA rail.  Allow us to reprint this Insider post from last September:

Forget Hillary Clinton. Never mind Donald Trump. If you live in metro Atlanta, the award for the boldest political move of this electoral season doesn’t belong to either.

That trophy goes to Emory University.

Several weeks ago, the prestigious, private research institution announced that it would unilaterally seek shelter from the racially fraught turmoil of DeKalb County governance by becoming part of the city of Atlanta.

Absorption of the 630-acre campus, in whole or part, would amount to the most important alteration to the city of Atlanta’s footprint in generations, and could very well change how you get to work in years to come.

In a good way.

That judgment requires some educated guesswork, because the only public reason that Emory has offered up for its decision to become part of Atlanta-in-DeKalb is the preservation of university stationery.

“Emory already promotes its location as Atlanta, is known internationally as being located in Atlanta, routinely recruits faculty and students to Atlanta, and has an Atlanta address and zip code,” read the official statement issued last month.

To be sure, Emory lobbyists at the state Capitol worked overtime to make sure that the university didn’t get wrapped into a new city of LaVista Hills, an effort that narrowly lost by referendum last year.

But city fever has probably crested in DeKalb County. Which means that market branding isn’t driving this Emory bus. In fact, this isn’t about a bus at all. More than likely, this is about rail.

On Nov. 8, Atlanta voters will be asked to approve an additional half-penny sales tax for largest expansion of MARTA rail service in nearly four decades. The tax is expected to raise $2.5 billion over 40 years.

The transit agency’s original proposal was more ambitious. But Republicans in north Fulton County balked at a new line that would send heavy rail across the Chattahoochee River.

Less attention was given to the fact that DeKalb also opted out – temporarily. Instead, the DeKalb County Commission wanted a new, one-cent sales tax for road repair  on this November’s ballot. The half-penny tax for MARTA expansion was to follow afterwards, in the next election cycle.

But a flaw in DeKalb’s SPLOST legislation – poor wording threatened to trigger a property tax hike – forced the county commission to abandon the November SPLOST vote.

They could do it sooner, but chances are good that DeKalb commissioners would put a repaired SPLOST referendum on the November 2018 ballot. And any additional MARTA rail tax would come after that, perhaps as late as 2020.

The DeKalb commission made its decision in July. Emory’s announcement that it would seek annexation into the city of Atlanta followed one month later, almost to the day.

This may be why:

When plans to push MARTA rail deep into north Fulton were set aside, the top priority for rail expansion became the Clifton Road corridor that leads to Emory University and the U.S. Centers for Disease Control and Prevention.

The university alone has 29,000 employees. Collectively, the bio-med complex is the largest job center in metro Atlanta without ready access either to an interstate or a rail line.

With the July decision by the DeKalb commission, the future of the Clifton Road rail project was placed in limbo. Annex the Emory campus into the city of Atlanta, and the project is back on track — assuming the November referendum passes.

An ancillary line from Emory to MARTA’s Avondale Estate station, also in MARTA plans, would still require a financial commitment from DeKalb. But an immediate rail connection from downtown Atlanta to Emory and the CDC could make the case to the rest of metro Atlanta for expanded rail as a potent tool for economic development.

Much of this, admittedly, is supposition. We’ll know more next week.

That’s when Michael Thurmond, a Democrat who presumably will be the next DeKalb CEO, will sit down with Emory University President Claire Sterk to discuss the issue. For the very first time.

“It’s symptomatic of what has bedeviled DeKalb County for the last 30 years,” Thurmond said. “Our inability to work together to find common ground and common solutions is just something we’re going to have to learn to do better.”

Thurmond said he doesn’t know enough to say whether he opposes the annexation. “I want to hear what the issues are before I draw any hard conclusions,” he said.

But even if he opposes Emory’s annexation into the city of Atlanta, there may be little Thurmond can do about it. These skids are greased.

Emory has yet to actually file a petition, so details about the area that would be drawn into Atlanta aren’t yet public. Other property owners may join the request, including the CDC and Children’s Healthcare of Atlanta. Both heavyweights, they could increase the clout behind the move.

According to state law, if a petition has the support of 100 percent of property owners within the area to be annexed, no public hearing is required. That appears to be what Emory and its allies are aiming for.

For that reason, few residences are likely to be included in the annexation. That would also eliminate any immediate Atlanta City Council concerns that the increased geography would alter racial demographics (and thus political dynamics). That could change over time, however.

Fran Millar is a Republican state senator in Dunwoody. “It’s the aftershocks of the earthquake that concern me. After Emory goes in, a neighborhood might try to follow,” Millar said. “My problem is I see the liberal white neighborhoods around there abandoning the DeKalb area and going into the Atlanta school system — and basically leaving all these minorities behind.” 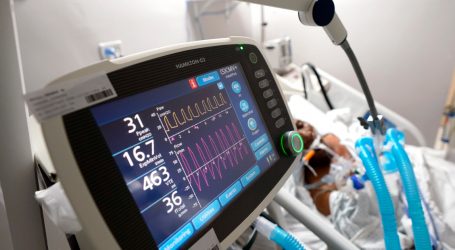