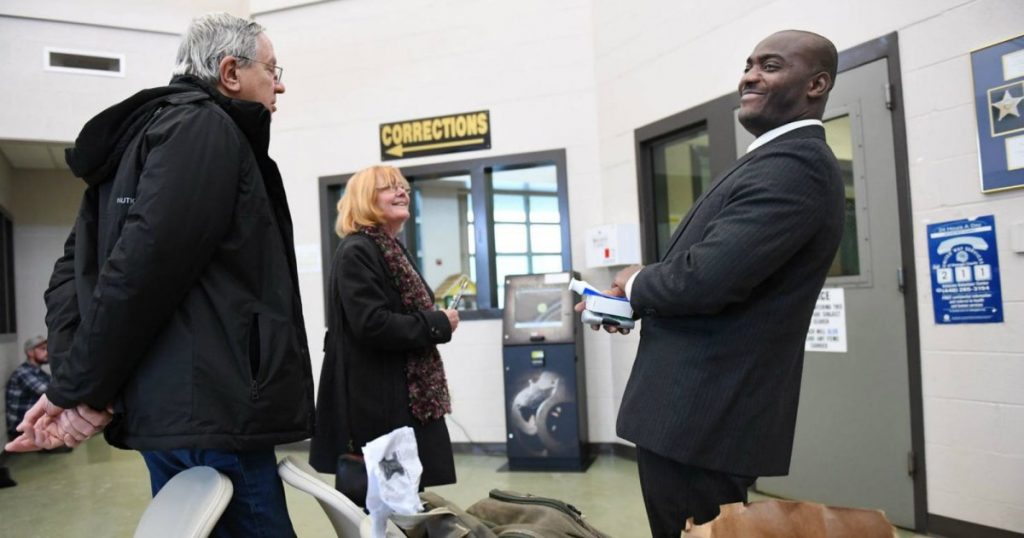 Gary Benjamin and Melody Hart with Ansly Damus, a Haitian asylum-seeker who was freed after two years in detention.Matt McClain/The Washington Post

After a gang beat him for criticizing a local politician, Ansly Damus fled Haiti. The former teacher came to the United States seeking asylum—but instead, immigration officials put him in a windowless cell in an Ohio jail for almost two years.
A judge had granted Damus asylum twice, but officials at Immigration and Customs Enforcement kept appealing the decision, leaving Damus locked in jail. He was rarely allowed to step outside.
Though Damus’ story is heartbreaking, it’s also one that involves persistence, courage, and kindness. When a local couple heard about his case through an immigration activist, they immediately offered to help, agreeing to house Damus so he could get paroled. “We are empty nesters and have a large home,” Gary Benjamin and Melody Hart wrote in a letter to ICE.
Benjamin and Hart worked to keep Damus’ spirits up. Nearly every week, they visited him in jail and sent him letters. When the jail refused to allow him to receive books, they made photocopies and sent him 20 pages at a time—the maximum length allowed, according to Mother Jones. Another supporter relayed his local phone calls to his wife and family in Haiti so they could hear him—international calls and letters were not allowed.
On November 30, Damus and his lawyers won his freedom. A federal judge ordered Damus to be released while the case continued. Upon entering Hart and Benjamin’s home, Damus said a prayer.
“I said thank you,” Damus told the couple, according to the Washington Post. “Thank you for taking me.”
Welcome to Recharge, a collection of stories of people who help others, fight for justice, and try to make the world better. Sign up at the bottom of the story.

Pretty precocious. Which teens stepped up this year? Here are 25, including the founder of #1000BlackGirlBooks, Parkland students, and an eighth-grader who developed medical software to better examine the pancreas. (Time)

Good news for the climate. Two decades ago, world leaders signed on to the 1987 Montreal Protocol, a historic agreement to limit the amount of ozone-depleting chemicals that are released into the atmosphere. Now, a UN report shows just how successful that initiative has been: Holes in the ozone layer are actually closing, and if current reductions continue, they could be completely closed in the Northern Hemisphere and mid-latitudes by the mid-2030s—and worldwide by 2060. (Mother Jones)

A helping hand. The Woolsey wildfires in Malibu, California, destroyed almost 100,000 acres of land. But miraculously, they left a popular biker bar and restaurant in the Malibu Hills still standing. In the days after the fire, the Rock Store became a makeshift community center: The Red Cross set up shop out front, and the owners cooked all the food they had and shared it with their neighbors—without letting anyone pay. The Rock Store officially opened its doors again earlier this month. (NPR)

Mailing in a solution. Researchers at the University of Michigan have come up with a cheap and simple way to attract high-achieving, low-income students: Mail them, their parents, and their principals a personalized letter telling the students that, if admitted, they would qualify for a full-tuition scholarship. Sixty-seven percent of the students applied, more than twice the rate of a similar group that only got a postcard about the school’s application deadlines. Researchers hope this method can help encourage more low-income students to apply for selective schools. Thanks to this column’s editor, Kanyakrit Vongkiatkajorn, for this and many other terrific suggestions this year. (Mother Jones)

Finally, looking back. As we end our last edition of 2018, here are some of my favorite stories from the year: How one quick-thinking shopper kept hostages alive at Trader Joe’s; in Mexico City, ballerinas dance in traffic—and it’s absolutely captivating; he was told he couldn’t let migrant kids comfort each other, so he quit; these middle schoolers flipped an overturned car to save a trapped couple; teeny-tiny libraries are sprouting up all over the world, and this guy started it all. 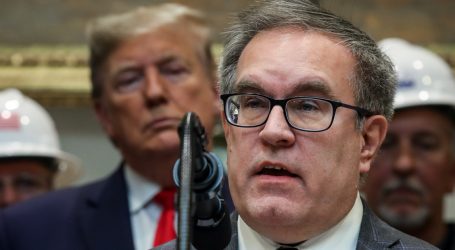 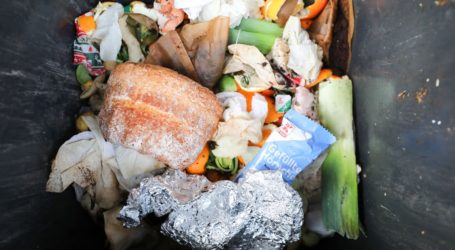