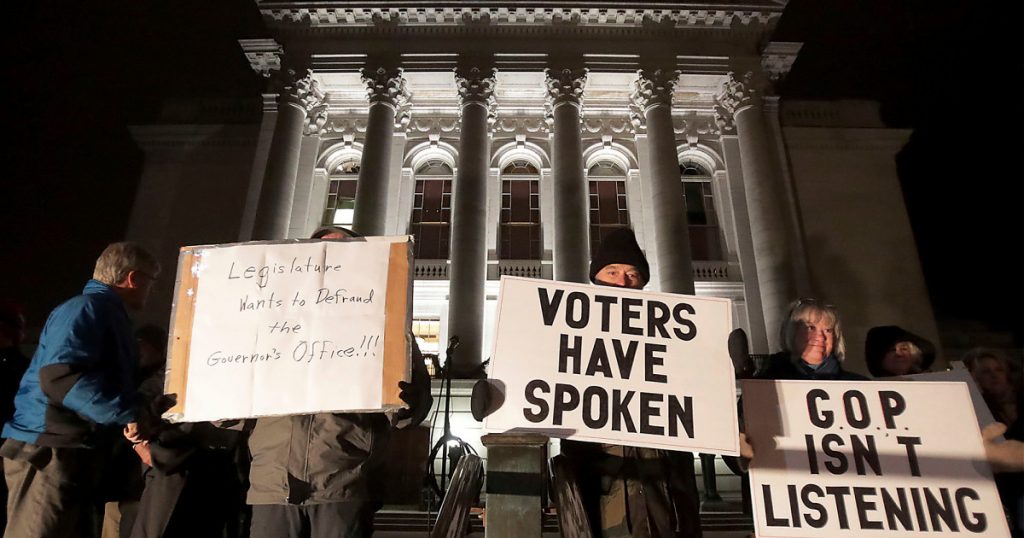 Opponents of an extraordinary session bill submitted by Wisconsin Republicans gather for a rally outside the state capitol in Madison, Wisconsin on December 3, 2018. John Hart/Wisconsin State Journal/AP

During a lame-duck session in December, Wisconsin’s GOP-controlled state Legislature sparked protests and outrage when it passed a series of bills that stripped power from newly elected Democratic Gov. Tony Evers and made it harder for Wisconsinites to vote, including by limiting early voting to two weeks.
Voting rights groups quickly sued, and on Thursday a federal court ruled in their favor.
This is the second time a federal court has blocked Wisconsin Republicans from cutting early voting in the state. As I previously reported for Mother Jones:
In 2014, Wisconsin’s Legislature cut early voting from 30 days to 12, reduced early voting hours on nights and weekends, and restricted early voting to one location per municipality, hampering voters in large urban areas. A federal judge ruled in 2016 that the early voting cuts “intentionally discriminate on the basis of race” and had been passed “to suppress the reliably Democratic vote of Milwaukee’s African Americans.”
Following that ruling in 2016, Democratic-leaning cities Madison and Milwaukee opted to allow six weeks of early voting in the following election, which last year contributed to record turnout for a midterm election across the state.
But after the defeat of longtime Republican Gov. Scott Walker in November, Republicans in the Legislature made a last-ditch attempt to again limit early voting. Voting rights groups—including One Wisconsin Institute and the National Redistricting Foundation, a nonprofit founded by former Attorney General Eric Holder—argued the move violated the court’s 2016 injunction.
District Judge James Peterson agreed in his decision Thursday. “This is not a close question,” wrote Peterson, who said the new law passed by Wisconsin Republicans was “clearly inconsistent with the injunctions that the court has issued in this case.” He also struck down provisions that made the state’s voter ID law more restrictive.
This is the first court decision striking down the controversial legislation passed by Republicans in the lame-duck session. For now, the laws curtailing the governor’s powers still stand, but the Wisconsin League of Women Voters has filed a separate lawsuit arguing that the entire lame-duck session was unconstitutional. A judge has yet to rule on that case. 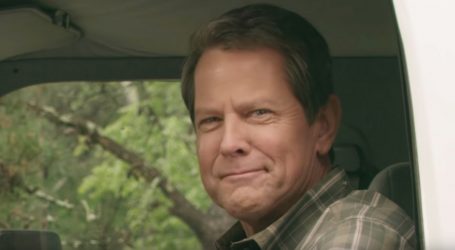 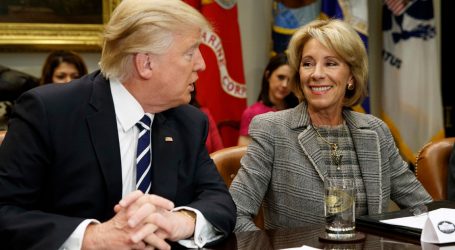 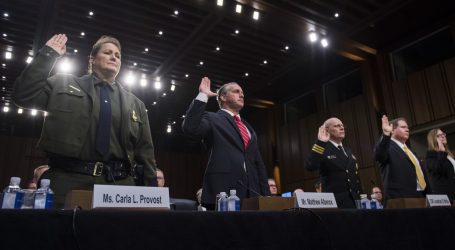