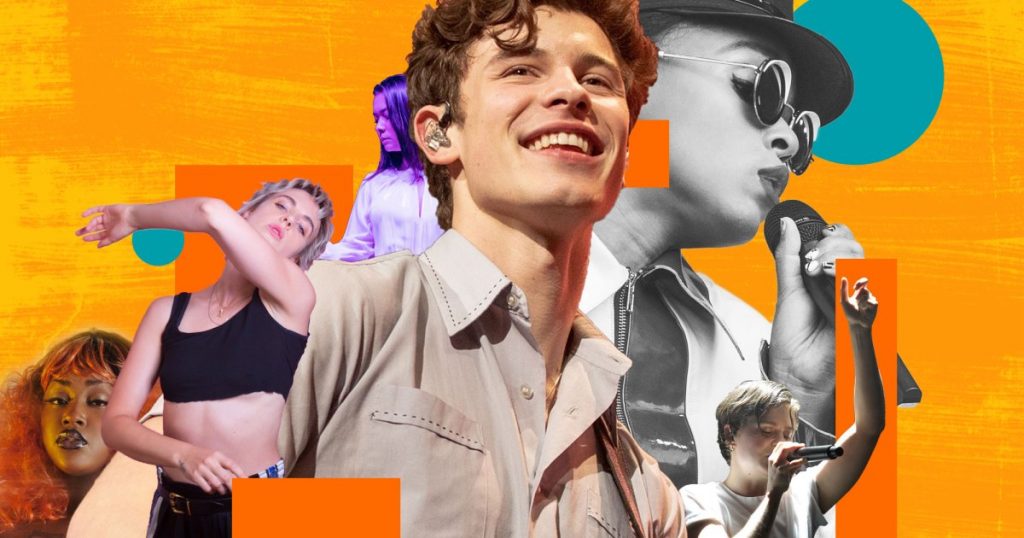 Day after day, after day, 2018 slammed us with terrible stories of family separations, assaults on trans people, not to mention one political outrage after another. The 365 days of 2018 have felt like thousands. Culturally, there have also been moments of extreme weirdness—what with Kanye meeting Trump or that really strange anti-Ariana piece. We don’t need to keep going here about how happy we are to see the end of 2018. Instead, let’s celebrate the fact that there were almost 400 new albums dropping, and many were cause for celebration.  Here are some of the very best:
10. Shawn Mendes, Shawn Mendes (Island Records, 2018)

Top tracks: “Lost in Japan,” “Youth (feat. Khalid),” and “Mutual”
In his self-titled LP, Shawn Mendes proves once and for all he isn’t that same Vine twunk from the past, but now an iconic, mature hunk. Even with tracks that hint at the old Shawn—”Queen” and “Where Were You in the Morning?”—there’s an internal spin that gives it all an adult vibe. Heartening tracks like “Lost in Japan” and “Mutual” contrasting with slow mature jams like “Fallin’ All in You” and “Like to Be You” reveal the true the range of Mendes’ new work. The fantasy constructed by him is pure, fun, and at times silly, but never ungrounded—a delicate balance that propelled this album into becoming one of the top releases this year.
9. Ephorize, cupcakKe (cupcakKe, 2018)

Top tracks: “2 Minutes,” “Duck Duck Goose,” and “Cartoons”
Out of the two albums cupcakKe, real name Elizabeth Eden Harris, released this year—both self produced and funded—Ephorize takes the “cakKe” as the better of the two. Ephorize reminds listeners that Harris is the uncontested queen of rap. With lyrics she wrote that go beyond the ridiculous into the realm of crazy—and beats that bang harder than even some of the hardest of rap music today—crazy is what makes Harris so damn good. Her over-the-top attitude and unwillingness to compromise for the mainstream has lead her to, well, the great success in the mainstream—and rightfully so. With an irreverent mix of pop culture references and outright vulgarity, combined with her uncontested talent for delivery, Harris owns what so many others in the game only wish they could glimpse.
8. Chris, Christine and the Queens (Because Music, 2018)

Top tracks: “Damn, dis-moi,” “Goya Soda,” and “The stranger”
A French staple, Christine and the Queens made their mainstream US debut in 2015 with their hit “Tilted,” but they’re back in 2018 with one of the queerest and most unique albums of the year. “Girlfriend”—or “Damn, dis-moi”— is a standout, highlighting how exceptional Christine’s language and musical abilities are. An aggressive take on gender and the binary, Chris explores the fear men have of a person who may be as equally as macho and aggressive as they—and flips the script—using their violence and aggression as a way to convey a love that is very familiar to other queer people. Aggression and gentleness—supported by explosive beats and soaring instrumentals in the background—make this a must listen.
7. Phoenix, Rita Ora (Atlantic Records, 2018)

Top tracks: “Anywhere,” “New Look,” and “Keep Talking (feat. Julia Michaels)”
Phoenix may not appear on other top lists— which makes absolutely no sense because shuffling through the tracks, it’s clear this LP stands out as one of pop’s best of the year. There’s the magical escapism of “Anywhere,” the sentimentality of “Summer Love,” and the sheer, innocent excitement of “First Time High.” And one can’t help but notice the inclusion of “Lonely Together”—an ode to the late Avicii—and other features like Julia Michaels and Charli XCX. Put it all together and you have the extra sparkle that makes this album shine. Ora’s contribution to the pop landscape of 2018 should not go unnoticed. Once you put the album on shuffle, you’ll see why.
6. Forever Neverland, MØ (Sony Music Entertainment UK Limited, 2018)

Top tracks: “Sun in Our Eyes,” “Beautiful Wreck,” and “If It’s Over (feat. Charli XCX)”
This long-awaited album finally came out last fall with MØ’s intimate and contemporary signature sound. With features including Charli XCX, Empress Of, and Diplo, this album does not disappoint. The refreshing bluntness of “Nostalgia” is a the perfect example what of MØ does right; the perfect blend of keys and beats that shines through with the hard hooks of “Sun in Our Eyes.” The track that sums it all up though is “Beautiful Wreck,” a heart-wrenching mix of honesty and melody with a beat you can’t resist that brings this album up to new levels.
5. Expectations, Hayley Kiyoko (EMPIRE, 2018)

Top tracks: “Curious,” “Palm Dreams,” and “What I need (feat. Kehlani)”
Gay, gay, and even gayer. The former Disney darling did not hold back when she gave the world Expectations, a piece of art that 2018 did not deserve. “I tackled each track on its own,” she told Harper’s Bazaar in early 2018. “And I don’t like when albums sound the same; like when literally every track sounds like the same song. So I really focused on dedicating each track to a different part of my life and times that I had been going through.” The weaving together of singularity and autobiography make this album sparkle. While each track is its own special world, together they create a cohesive and enjoyable masterpiece that leaves no emotion untouched. Kiyoko’s talent is in her power-packed tone, bringing the kind of intimacy to the album that makes you feel she is right in front of you.
4. Be the Cowboy, Mitski (Dead Oceans, 2018)

Top tracks: “Washing Machine Heart,” “Me and My Husband,” and “Why Didn’t You Stop Me?”
You’d be hard pressed to not find this album among other top lists of 2018—Pitchfork, NPR, and Vulture to name a few—but it deserves the recognition. An in-depth and vulnerable look at relationships, Be the Cowboy is Mitski at her best. She ponders the deep question of how and why things fall apart, always from the perspective of an intelligent and insightful observer, quietly watching and analyzing the many small moments that lead to bigger, more hurtful occasions. The combination of an emotion-filled voice and instrumentals that evoke tenderness, aggression and anger, results in one of the most dynamic and introspective albums of the year.
3. Dirty Computer, Janelle Monáe (Bad Boy Records LLC, 2018)

Top tracks: “Pynk (feat. Grimes),” “Screwed (feat. Zoë Kravitz),” and “Crazy, Classic, Life”
Every single track on this album is absolute fire. Every. Single. One. Part music, part social statement, Dirty Computer is one of the real masterpieces to come from any musician in the last 20 years. With each track Monáe has something to say, but unlike so many artists, she actually gives us reasons to care in what can only be described as purposeful pop. Her blend of pop-like production and a message that’s broad, yet deeply personal, draws you into an amazingly detailed universe you are not in a hurry to leave.
2. Us, Empress Of (Terrible Records, 2018)

Top tracks: “I Don’t Even Smoke Weed,” “Just the Same,” and “I’ve Got Love”
As you can read here, there are many reasons Us is near the top of this list. From its unabashed look at love and heartbreak, to its self reflection, Empress Of—real name Lorely Rodriguez—put her heart and soul into these tracks, and it shows. A three act story, Us is a pure reflection of Rodriguez’s journey from infatuation to love, then heartbreak to reflection. The best music reflects the honesty and vulnerability of its artists, and every single song of Us does exactly that.
1. Sway, Tove Styrke (Sony Music Entertainment Swede, 2018)

Top tracks: “Sway,” “Say My Name,” and “On a Level”
Tove Styrke delivered what could possibly be the greatest pop album not just of 2018 but of the decade (at least), making it number one of the year. The production is subtle but evocative, with innocent—but really not-so-innocent—lyrics. In Sway Styrke embodies all the best elements of pop music; it’s accessible but challenging, compelling and personal. Lyrically and melodically, Styrke is making music for the modern age. Take a close listen to “Mistakes” with its strong and unique beats littered with inconspicuous sound effects and tones, because soon you will inhabit a world of lost, longing, and lust—Sway is an album that evolves with each listen, but never forgets what it is: Something that gives voice to our most innocent fantasies. 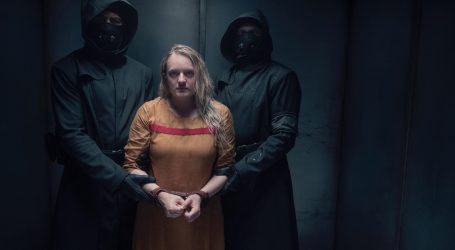 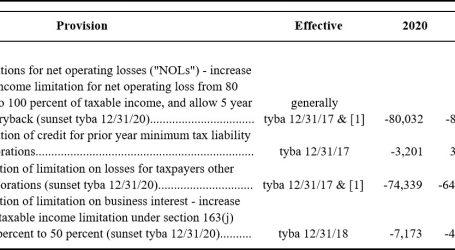 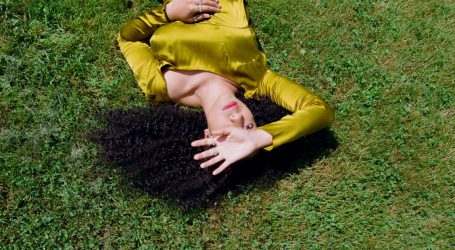